It was a mandatory gig for me, although it was not easy to attend. Two of the best groups in Spain were playing in the same festival, and having released two of the best albums of this year 2019, not only nationally but internationally, what could go wrong? Absolutely nothing! On the Raw and Cheeto's Magazine came from Barcelona just to prove I was right.

So I convinced my wife and my four children to drive three hours to Teruel to spend the weekend. They were not at all fans of progressive rock but from that moment things have changed. My children love Cheeto's Magazine.

The concert was organised by Sonicarte, a cultural association that in the last four years has organised various concerts and festivals of progressive rock in an attempt to promote all the great bands that are coming out of Spain at the moment. On this occasion the small festival was also a fundraiser and the money raised will go to a foundation called Martina es mi Ángel, whose goal is to publicise and promote research on Angelman syndrome. Of course, little Martina and her family were present at the concert.

We arrived on Friday night and on Saturday we were touring the small town of Teruel. Approximately 35,000 inhabitants in a very nice and pleasant city that we did not know, but to which we will return for sure; especially as it has a very interesting group of people who love progressive rock. The place chosen for the concert could not be better; a small garden belonging to the Mausoleum of the Lovers of Teruel. 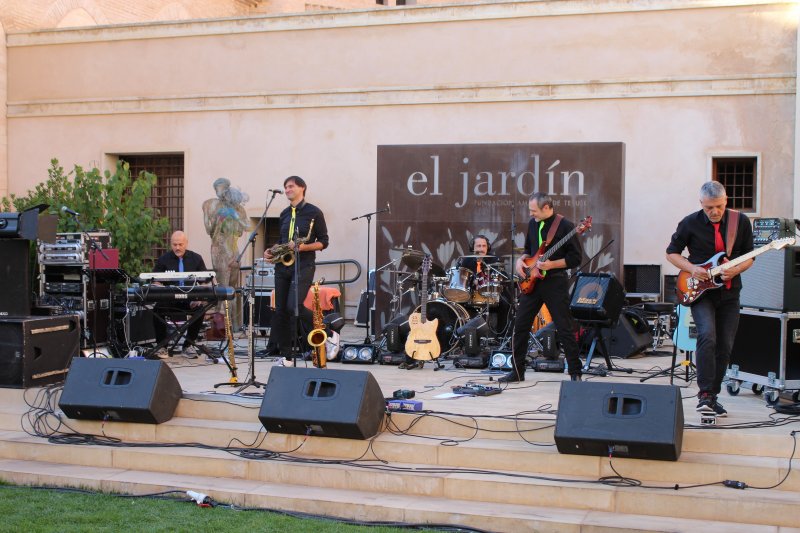 On The Raw opened the show. I don't know how to classify their music. They define themselves as "an instrumental band from Barcelona who flirts with jazz, rock, electronic music and brings them together, creating a unique sound and identity". But there is much more.

They are true geniuses with their instruments but without being tempted to perform technical displays. All their skill is at the service of creating great songs, that convey not only elegance but also emotion. If you have not heard the two albums they have on the market, you are missing out on a real wonder of elegant and totally sincere music. They are also lovely guys.

In their concert they played all their latest album, Climbing The Air, with the final two songs being from their wonderful debut of 2017 called Big City Awakes. They not only nailed the songs, but also delivered that fresh feeling you feel when you see a great live show. 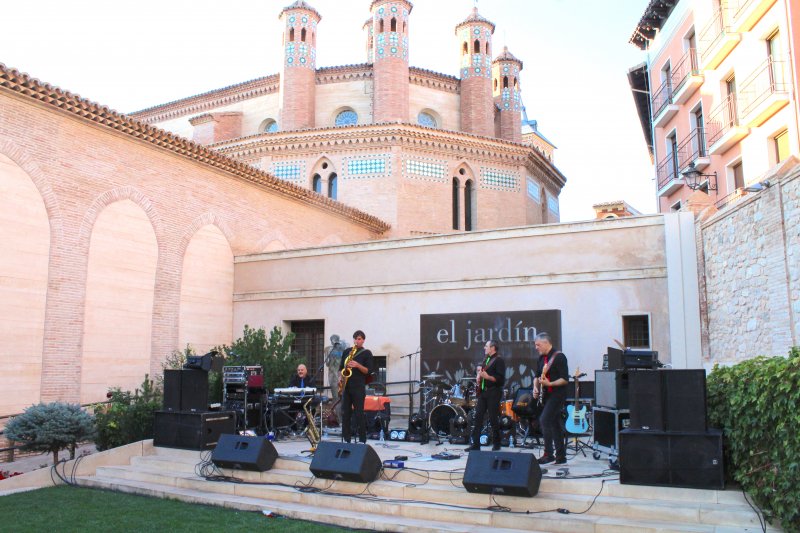 Song after song demonstrated why they have become one of the best international instrumental bands and I am sure they will be gaining greater recognition, because their music hooks you a little more with each listen.

They have also come up with a brilliant idea that I particularly love: they are offering private and small shows in their hometown that includes not only a concert but also a dinner, at which you can meet the band and discuss their music, or whatever. So if you happen to be in Barcelona, remember to check their Facebook account because you may find yourself meeting these great guys playing for you.

On The Raw Setlist 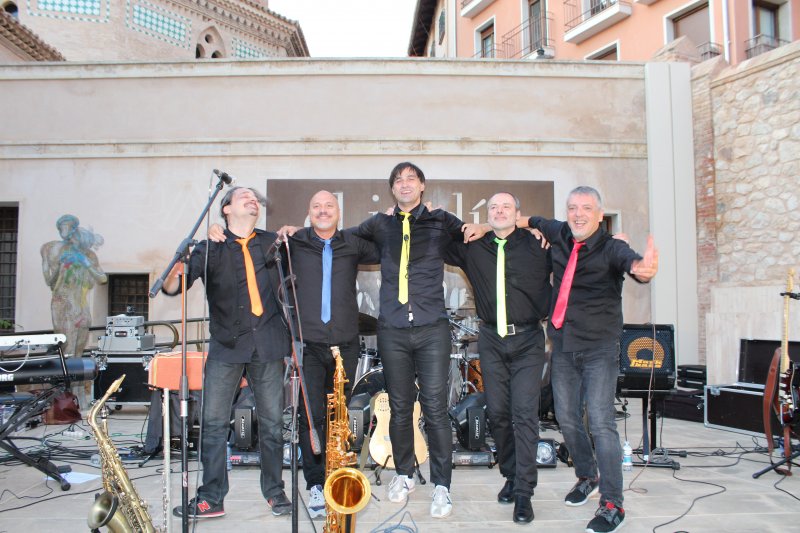 Next it was the turn of the wonderful Cheeto´s Magazine. A few minutes to change instruments and the show would be ready to begin. Even my children were looking forward to seeing these guys dressed in colourful clothes, even though they didn't know what kind of music to expect. 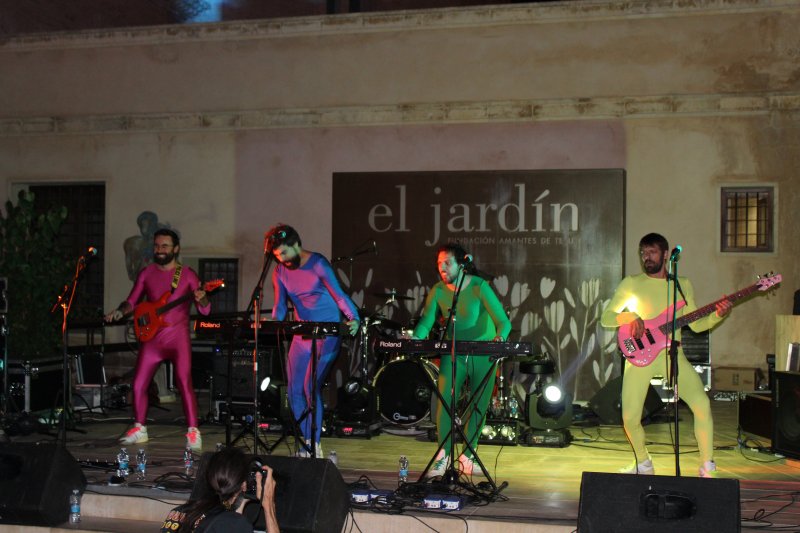 Amazingous is the name of the brilliant album that Cheeto´s Magazine have released this year and it will surely be in the top 10 of many progressive rock lovers. This is a spoiler but I can assure you that in my list of the best albums of 2019 they will be in a very high position.

They opened the concert, as they did their new album, with Chili Guillermo, a real wonder of a song; fun, technical and with multiple nuances and rhythm changes. By then it was already guessed that the concert was going to be crazy and that was what people had been looking forward to. A smile was present on each member of the audience until the end of the concert. The rocker Ready to Rumble came next and by then we could see neighbours peeking out on their balconies trying to understand what was happening. Some even went down with their children and entered the concert because the fun was total and absolute. 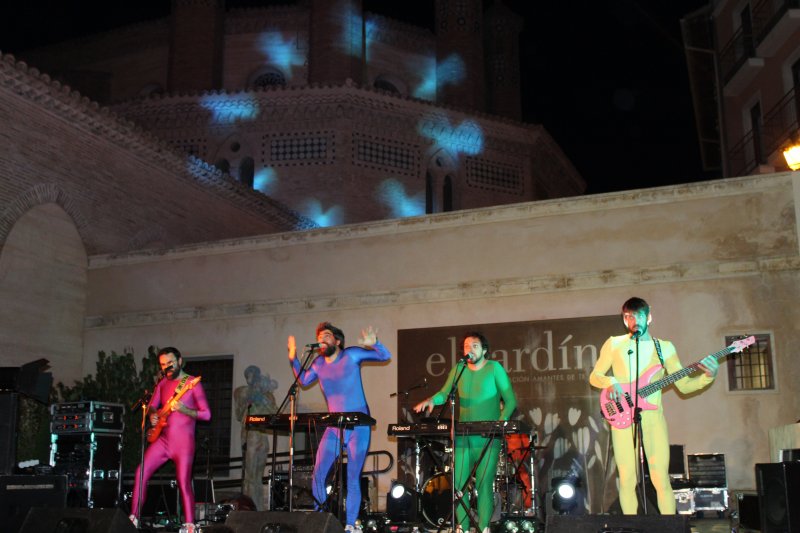 Outflow was next and despite the difficulty of their rhythms and voices, the group played it perfectly. A great progressive song full of nuances, in which everything can happen and in fact does happen. That was when what nobody expected happened. Esteban Navarro, the lead singer, announced that they had prepared a version of a well-known theme. More than four years ago we were surprised with a version of Green Day's Basket Case so anything could happen. The theme chosen this time was Du Hast by Rammstein and it was absolutely brilliant. The group has completely turned the song around and it was one of the funniest moments of the show, including Esteban going down from the stage and playing amongst the audience.

The bombastic Cheese Cheater was next in the repertoire and was a favourite for my children with its sticky choruses. At that moment they announced the last song and as we all expected it was to be Big Boy; the jewel of their latest album. A truly progressive rock masterpiece where Cheeto's Magazine are able to summarise all their influences, ideas and countless styles under perfect instrumental and vocal performances. You can imagine the face of my children when I told them it was going to be the last song but it lasted 25 minutes! Amazing how good the song is and also to see how more and more people were approaching the venue to see what was happening. 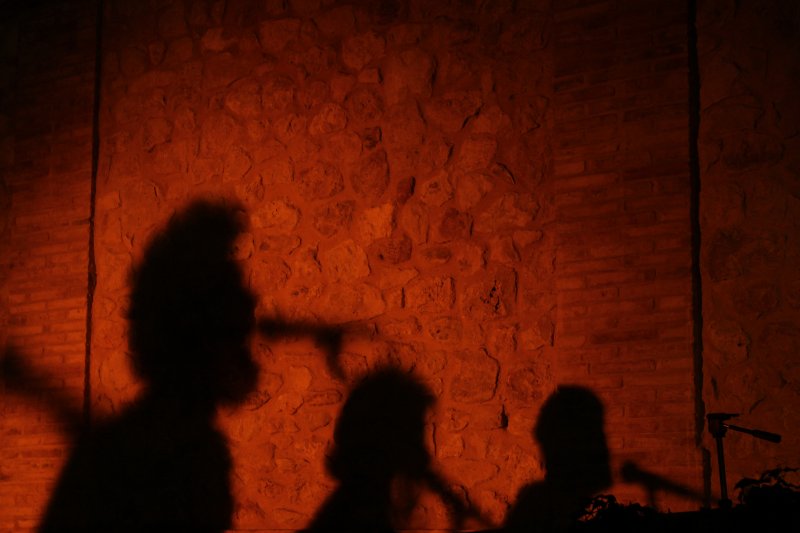 Great final ovation for the band; but more was still to come. Esteban told us that they had time for another but that they had not brought the short songs, so we all knew what was coming next: Nova America! This theme is the one that opened their impressive 2014 debut album called Bowling Fowls and is already a classic. Again lasting 25 minutes. This time I didn't even try to explain to my children how a song can last that long. It is a simply great song with countless styles, rhythm changes, great vocal parts and so much more. Something like Spock's Beard did with The Light but funnier and crazier.

Again the ovation was tremendous and the concert came to an end leaving the audience totally delighted with both bands. 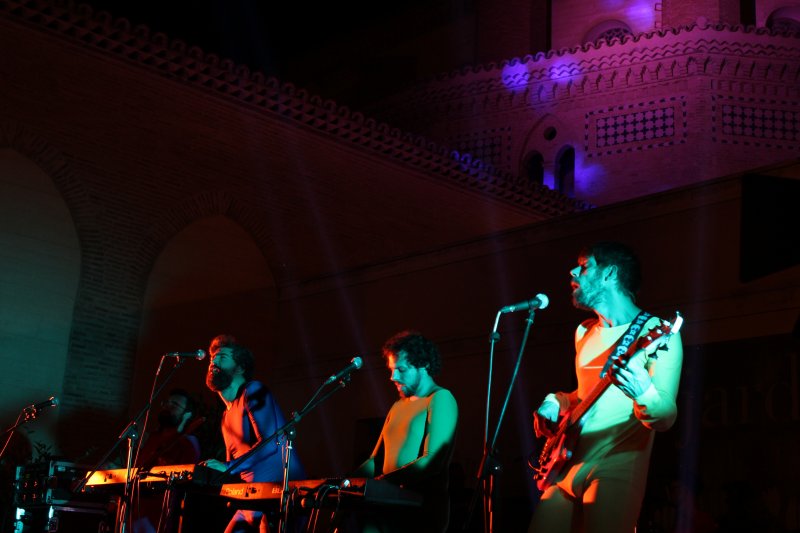 After the concert I had the opportunity to talk with the members and other attendees. An issue that could not get out of my head was and remains how it may be possible that groups as good as these do not get greater exposure and impact. I have not said anything about this but at the concert we were only 80 people when we should have been at least 8000. The wonderful thing about all this is that both On The Raw and Cheeto´s Magazine played as if they were in a large, full stadium and its sound filled the entire city of Teruel. True professional musician.

This is therefore a call to all promoters of concerts and international festivals: pay attention to what is happening in Spain because there are great bands that are making very good records and also perform some amazing concerts. Cheeto´s Magazine will be playing at the Progtoberfest festival in Chicago and I am sure they will leave their mark on the USA.

Finally, I would like to thank all the people of Sonicarte for their total willingness to make this concert a success and the warm welcome we all received. I can already say that we will return and that my children are starting to like progressive rock. Now let's see if I can convince my wife...