The contents are written by our wonderful team of reviewers, writers, editors, and publishers.

The layout and colours palettes were designed by Anouska Rood.

Please note that the image of the hat was designed by our former team member Mattias Norén of ProgArt Media. 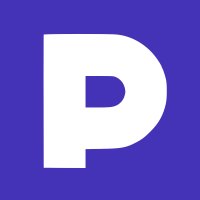 The backend for the website is written by Jerry van Kooten in PHP, using the excellent Parable framework by Devvoh.

The artwork of all the logos between 2015 and 2020 was done by Guille Paladino.

Between 1998 and 2010 we were honoured to have the graphical talents of Mattias Norén of ProgArt Media on the team. He designed the layout and graphic images, including hat and eyes puppet which we used even until 2020.

The hat logo we are still using today was part of Mattias' design.

DPRP.net has had a few sponsors over the years. First we had Vuurwerk and later on it was E-Sound who offered us hosting for free. We are now sponsor-less.